Get it While it’s…

Get it while it’s HOT…Well wait…it’s always gonna be HOT…but it’s only going to be $.99 through Monday!

Filed under "AT" Author Tease Readings

Make sure to reblog and share with your friends 😉

Filed under "AT" Author Tease Readings

Announcing Another Release From Leanna Harrow!!

“A Collection of Short Stories

From the Fun to the Fearsome”

Is available on Amazon.com!

Get it while it’s hot…well, it’s always going to be hot 😉 Get your copy now! 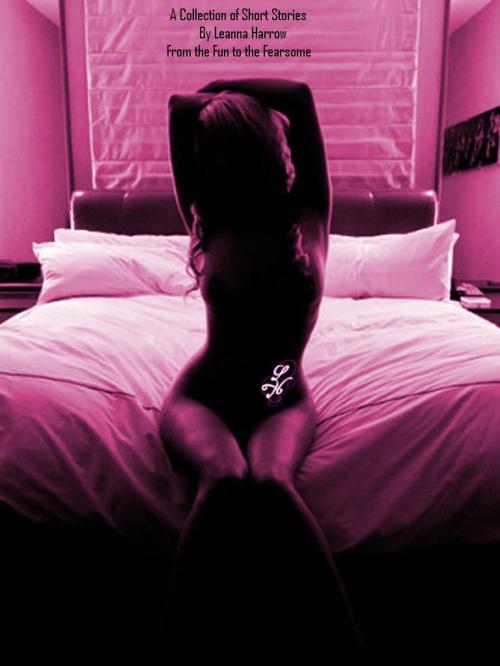 She lay on the bed with her eyes closed. It had been a long day and as she lie there, she could feel the tension in her entire body. She ran her hands through her hair and stopped at the base of her neck. She used her fingers to massage the knots she could feel had formed there.

She applied the perfect amount of pressure, went in deep and rubbed in small circular motions as she lay there with her eyes still closed. She could feel the tension subsiding when she caught a glimpse of him in her mind’s eye. He always seemed to come to her when she was still, quiet or had her eyes closed.

She continued the slow circular motions with her hands on the base of her neck. She could still see him there, with his bright blue eyes, his wavy blonde hair and his big brilliant white smile. It was just like him to taunt her.

She slowly moved her right hand to the front of her neck keeping steady pressure on it as she could imagine him, as he had a thousand times before, had he been there. He had always loved her neck. It was long, soft and she loved it when he applied pressure to it, in any fashion.

She could see him, bending down, gently pressing his lips against hers and then making his way to the hollow of her neck with his still moist lips. Her nipples hardened at the thought of it. A smile crossed her lips as it did each time she thought of him.

She slowly traced her hand, down from her neck, across her chest and over to the swell of her breast where her hand lightly brushed across her nipple. She could actually feel him there, touching her, teasing her and making her wet.

She arched her back as she brought her other hand to her other breast. She cupped them like he would, pushed them upward taking her nipples between her thumbs and fingers. She could see him doing this too, he‘d done it a thousand times as well. The smile was back on her lips as she could not only feel her wetness she could now smell it as well.

Just the thought of him drove her crazy. Crazy with desire, crazy with lust and crazy with need. She released one of her breasts and used her hand to slowly make its way down her stomach, across her more than slick mound all the way to her thigh, where she traced little circles up and down it. She could see him doing that too. A giggle escaped her.

She slowly, methodically traced the pattern of circles up to her now aching and sopping wet sweet spot. She could see him look up her with that brilliant smile as his finger slowly traced her silky slick petals before ultimately sliding across her glistening clit.

She imagined him there doing just that as she did it for herself. She wondered what the warm wetness that she felt, felt like to him as she moved her fingers slowly back and forth.